Modern controls simplify the programming of robots and motion controllers with smart tooling. In order to be able to use these functions consistently, i.e. across controls and depending on each other, the respective robot controller must support this generic interface.

The Siemens TIA Portal provides access to connected robotics controllers. This results in a continuous integration and a logical unit, as required by machine and plant manufacturers.
The robotics and motion control functions of the controllers simplify the consistent programming, commissioning and diagnosis of motion control functions and can control and monitor the kinematics of several interpolating axes. Thus, robots can be set up and operated in the controllers across manufacturers.

However, in order to be able to use these comfort functions manufacturer-independent and generically, the support of the commands from the robot itself is required. The commands coming from the control system (in the form of PROFINET telegrams or profiles) must be translated bi-directionally to the manufacturer-specific robot commands.

This middleware serves as a gateway between the machine control and the robotics controller as well as other peripheral elements, such as teach panels and axes.

As a development specialist, MESCO Engineering implements these specific robot interfaces in hardware and software for real-time Ethernet-based industrial communication interfaces of automation components – from concept to conformity confirmation. In addition to the pure interface functions, this also includes profile integration for motion control and robotics, as well as a variety of gateway functions.

MESCO services at a glance 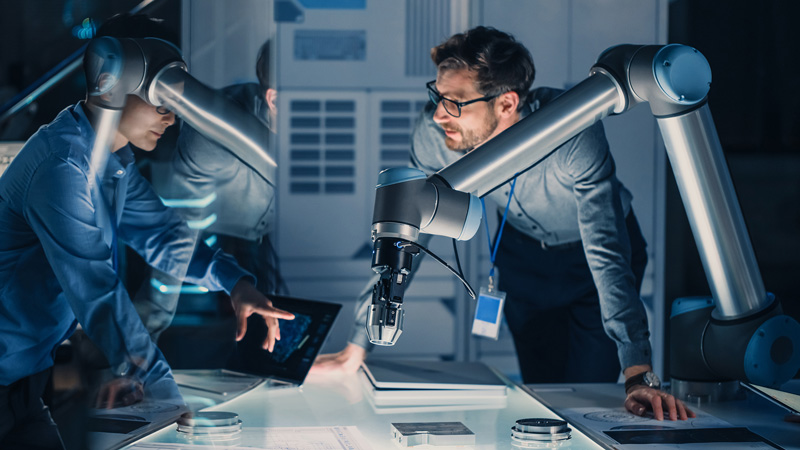 Register for our newsletter and do not miss any invitation, news or new products.

We develop for you!

MESCO Design Packages and Development Services help you to create your product easier and faster. This allows you to reduce your development effort and get to the market faster.